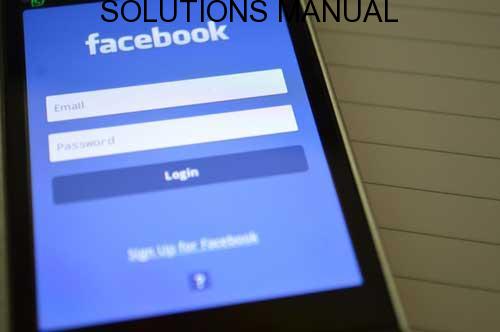 Facebook is the king of all the social media apps, nothing can beat its popularity and functionalities. Not even Google Plus couldn’t beat facebook, which was a failed project and was discontinued in April, 2019. Over billion active users use the facebook app monthly and facebook is not only for photo sharing but also to communicate with groups or individuals, and as a business platform.
Having multiple facebook accounts is important for those who maintain a separate business account and a personal account. However, facebook do not allow you to have multiple accounts on a single android device. It is time consuming to login and out from different devices when needed.
Still there are ways to bypass this restriction, using these tricks you don’t have to deal with login back and forth.

Apps to Run Multiple facebook accounts in one android phone

Parallel Space support not only facebook but other social media accounts as well. It’s like a separate app space. Parallel Space stores user cache separately from the main account. So that you can login to both accounts simultaneously, it hides the app from the device using the incognito feature.

How to use two facebook accounts using Parallel Space on android is simple.

Just like the previous app, this allow you to use two facebook accounts on one android device. There will be no storage conflicts between the two accounts. There are more features such as two different game modes and security lock to protect your privacy.

In order to run multiple facebook accounts on your android device using this app,

We use cookies on our website to give you the most relevant experience by remembering your preferences and repeat visits. By clicking “Accept All”, you consent to the use of ALL the cookies. However, you may visit "Cookie Settings" to provide a controlled consent.
Cookie SettingsAccept All
Manage consent

This website uses cookies to improve your experience while you navigate through the website. Out of these, the cookies that are categorized as necessary are stored on your browser as they are essential for the working of basic functionalities of the website. We also use third-party cookies that help us analyze and understand how you use this website. These cookies will be stored in your browser only with your consent. You also have the option to opt-out of these cookies. But opting out of some of these cookies may affect your browsing experience.
Necessary Always Enabled
Necessary cookies are absolutely essential for the website to function properly. These cookies ensure basic functionalities and security features of the website, anonymously.
Functional
Functional cookies help to perform certain functionalities like sharing the content of the website on social media platforms, collect feedbacks, and other third-party features.
Performance
Performance cookies are used to understand and analyze the key performance indexes of the website which helps in delivering a better user experience for the visitors.
Analytics
Analytical cookies are used to understand how visitors interact with the website. These cookies help provide information on metrics the number of visitors, bounce rate, traffic source, etc.
Advertisement
Advertisement cookies are used to provide visitors with relevant ads and marketing campaigns. These cookies track visitors across websites and collect information to provide customized ads.
Others
Other uncategorized cookies are those that are being analyzed and have not been classified into a category as yet.
SAVE & ACCEPT
×